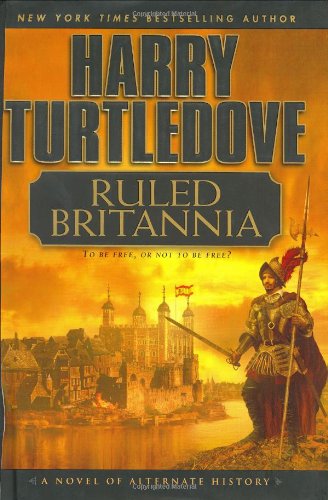 Bestseller Turtledove (, etc.) buckles a handsome Elizabethan swash with his latest fascinating what if: suppose the Spanish Armada had beaten the Virgin Queen's little navy and reimposed on England the fanatic Roman Catholicism of Bloody Mary Tudor and her ruthless husband, Philip II of Spain. For almost a decade, the English have chafed under Philip's daughter Isabella and her Austrian consort, as well as the Inquisition, enforced by arrogant dons, their hired-gun Irish gallowglasses (rumored to be cannibals) and English Catholic sympathizers. Good Queen Bess languishes in the Tower of London while her supporters plot rebellion—to be sparked by no less than a patriotic new play by Will Shakespeare, Turtledove's lovingly drawn hero, who's drawn willy-nilly into the conspiracy by Elizabeth's former minister, Lord Burghley. The author revels in complex turns of language and spouts brilliant adaptations of the real Shakespeare's immortal lines. Superbly realized historical figures include the "darkly handsome," doomed Kit Marlowe and the Machiavellian Robert Cecil. Equally engaging are such lesser characters as the "cunning woman" Cicely Sellis, who "thinks of England." Turtledove has woven an intricate and thoroughly engrossing portrait of an era, a theatrical tradition, a heroic band of English brothers and their sneering overlords. O, brave alternative world that has such people in't!