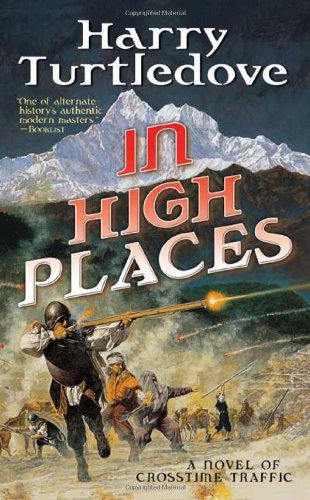 Alternative history maestro Turtledove deals a tad heavy-handedly with the issue of slavery in his third Crosstime Traffic novel (after 2004's ). In one alternative time line, the Black Death continued far longer than it did in the "home" time line with the result that Muslims occupy much of Europe, which is made up of small, insular principalities and kingdoms. When bandits in this medieval world capture 18-year-old Annette Klein (aka Khadija the oil merchant's daughter), she's separated from her parents, with no way to return to the home time line from which she and her family originate. Worse, the bandits are slavers who send people into another alternate time line where they're forced to work in miserable conditions. Turtledove convincingly portrays the conflict between Christians and Muslims, but takes less care in depicting male-and-female relationships. Didactic pronouncements on slavery notwithstanding, the book should satisfy its target audience of younger readers.