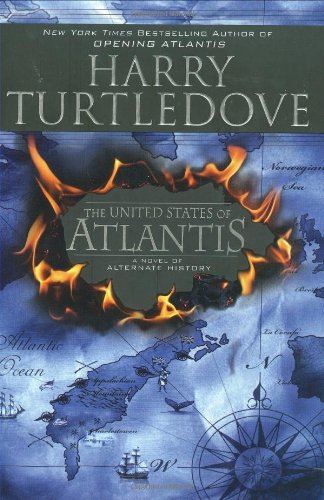 The United States of Atlantis

Several years after the events of 2007’s , Victor Radcliff, now middle-aged, is called upon to lead the Atlantis colonies’ fight for independence from England. Victor, aided by his ex-slave friend Blaise, agrees to train and lead the ragtag colonial army against experienced British soldiers under Generals Howe and Cornwallis. Between battles, Victor and his friends debate questions of politics and religion, particularly the troubling dilemma of slavery. Readers familiar with the American Revolution will find analogues to Benjamin Franklin and Benedict Arnold as well as real figures, such as Marquis de la Fayette and Thomas Paine, and elements of real battles of the American Revolution. Victor excels as a general, but makes one personal error that sharply ramps up his stake in the developing conflict and opens the door for a third book.