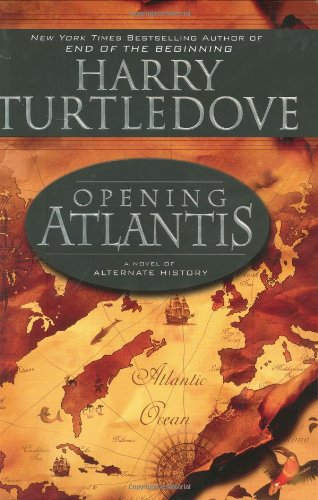 Turtledove explores the mythical lost continent of Atlantis in this somewhat formulaic alternate history, the first volume of a planned trilogy revolving around the colonization of the legendary island. When an English fisherman discovers an isolated paradise between Europe and Terranova (North America) during the reign of King Henry VI, he and a group of disgruntled countrymen pack up and set sail for a new life. Free from social, political and religious repression, Edward Radcliffe and his family thrive until an exiled nobleman shows up on the shores with dreams of establishing a new kingdom with himself on the throne. Generations pass and Radcliffe's descendants find themselves fighting with colonists from rival nations and bickering among themselves. Featuring Turtledove's trademark multithread narrative and realistic depiction of warfare and its aftermath, the predictable story is disappointing; readers hoping to find Atlantis full of advanced civilizations or mythical creatures will have to settle for oversized, flightless birds, miles of undeveloped wilderness and the inevitable struggle between settlers from opposing countries.