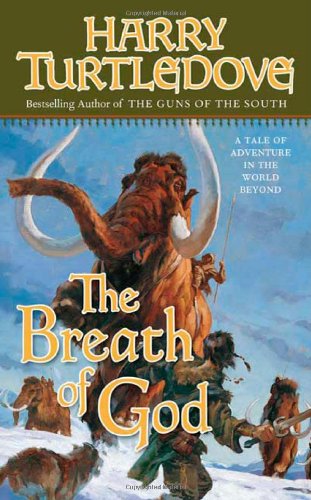 The Breath of God

The second Opening of the World fantasy novel (after 2007's ) can easily be enjoyed on its own terms. The rise of the Rulers, a powerful group who ride mammoths to war and wield potent magic powers, poses a major threat to the Raumsdalian Empire. Count Hamnet Thyssen, a master warrior, rallies a ragtag mix of magicians, shamans and soldiers against the Rulers, who deal them a crushing defeat. The survivors make a perilous escape over an enormous glacier, where they encounter a band of cannibals and acquire a new shaman, the lovely and skilled Marcovefa. Sparks fly between her and Hamnet as the Rulers threaten further battle. While the prolific Turtledove may be best known for his alternate history works, he demonstrates his versatility and considerable imagination in this fast-paced military fantasy.