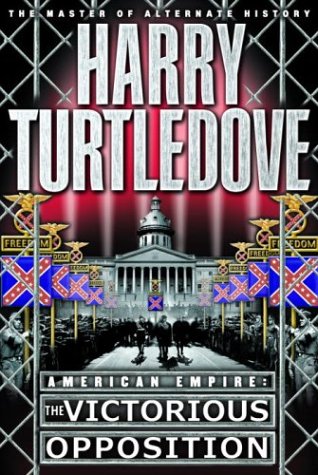 The latest volume in Turtledove's colossal and brilliant saga of an alternate (and disunited) United States may be the strongest and most compelling since the opener, (1997). Juxtaposing historical dilemmas and universal human ones, the novel explores weird twists of history at both levels. Jake Featherston leads an independent Confederacy toward war, with his propaganda chief a scrawny undersized Jew. Anne Colleton attends the Richmond Olympics of 1936, still dynamic but worried about losing her sex appeal. George Enos has lost his mother, accidentally shot by her drunken lover Ernie, and is now following in his late father's footsteps as a commercial fisherman out of Boston. Cincinnatus Driver and Scipio are on a collision course with the Holocaust that the Confederacy is preparing for African-Americans in Alabama, but Cincinnatus has also borne the burden of making peace with the parents of his Chinese daughter-in-law. Jonathan Moss is climbing back into the cockpit of an alternate P-40, ready to wield it like a sword of vengeance against Canadian terrorists who killed his wife and daughter. And one does wonder what will come of a WWII with France and Britain under quasi-Fascist regimes. Readers will not have long to wait, as the WWII trilogy is only a couple of years from seeing the light of print—which many fans will find far too long.