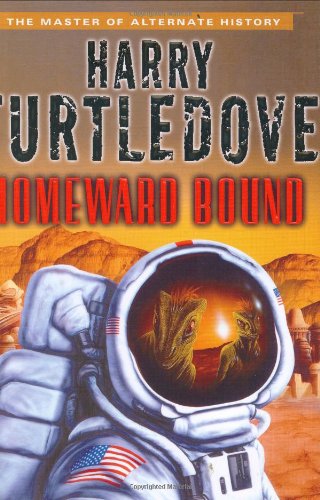 Alternate-history maestro Turtledove's conclusion to his Worldwar and Colonization sagas, about how lizard-like aliens known as the Race invaded Earth during WWII and were fought to a stalemate by the major Allied and Axis combatants, lacks the vividly described battle scenes of its predecessors, but more than compensates by closely examining the Race's culture and society. While the Race have colonized much of Earth, they're amazed by the human ability to adapt to change. (The aliens' probe some 600 years earlier led them to expect they'd be facing armored knights.) When an American starship makes the trip to Home, the Race's planet of origin, the lizards fear the loss of their technological dominance and decide to annihilate Earth, their colony included—until another Earth spaceship arrives, this one with the faster-than-light drive the Race never developed. The question of how much common ground exists between the lizards and humans wouldn't have been out of place in old issues of . The author dramatizes the old "nature versus nurture" argument through the moving stories of a human woman raised from birth by the lizards and of two aliens raised as humans. Fans will be pleased that room remains for a sequel.