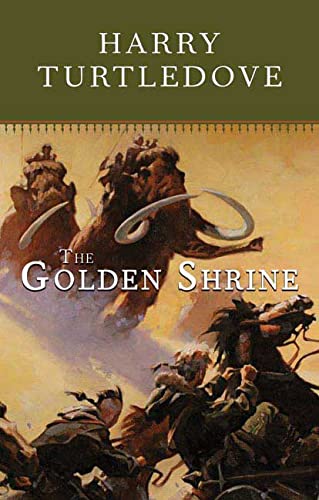 Master alternate historian Turtledove stumbles with his third novel set in a parallel Bronze Age. Picking up shortly after the events of 2008's , the book continues the exploits of Count Hamnet Thyssen and his allies as they struggle to defeat the mammoth-mounted Riders, who are aided by powerful wizards. The count's ace in the hole is Marcovefa, a cannibal and shaman whose magic enables his forces to hold their own. The skirmishes with the enemy and the quest for a legendary Golden Shrine that holds promise for repairing their world form the bulk of the plot. Anachronistic word choices (“You say the sweetest things, darling”) consistently undercut suspension of disbelief, and while the imagined universe is accessible to newcomers, there's little to make readers rush out and read the earlier or future books.