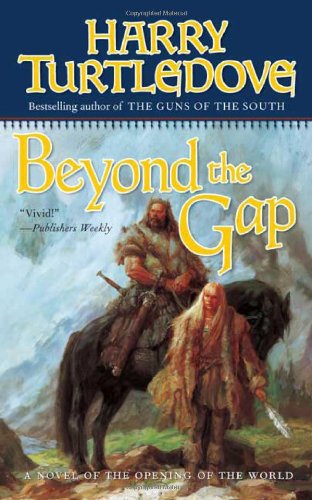 In this promising first of a new saga, alternate-history maven Turtledove ( ) depicts a Bronze Age society in transition. A growing gap in the glacier that has formed the Raumsdalian Empire's northern border for millennia allows Count Hamnet Thyssen and Trasamund the jarl, of the nomadic Northern Bizogot, to become the empire's Lewis and Clark. They and their entourage, which inconveniently includes Hamnet's unfaithful ex-wife, Gudrid, depart the empire's capital city, Nidaris, to explore what lies beyond the glacier and search for the fabled Golden Shrine. On the way, a formidable and attractive (if unbathed) Bizogot shaman, Liv, joins the expedition—and Hamnet under the animal hides. If the Raumsdalians and Bizogots don't always get along, their culture clash is nothing compared to the threat they face on the other side of the glacier: the Rulers, a tribe of imperious, mammoth-riding warriors. A vivid setting and strong characterization bode well for future installments.