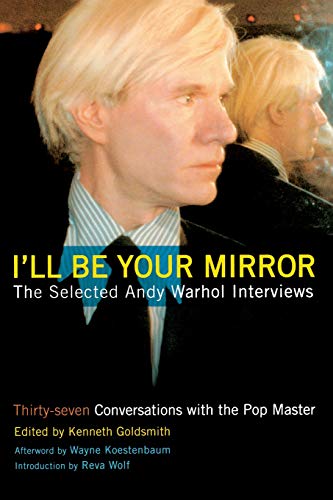 "I always feel that my words are coming from behind me, not from me"—this expertly chosen and edited first collection of interviews with inarguably the most influential artist of his and our time shows that for Warhol (1928–1987) the interview was an art form like any other. Again and again, with a variety of interlocutors ranging from the innocent to the fake (as when poet Gerard Malanga asks deliberately loaded questions) to the actively hostile, Warhol expertly controls the situation. But Warhol's judolike feints, in which questioners, tipped over by the weight of their preconceptions, are left clutching at thin air, are less about concealing anything than they are about adding intrigue and tension—entertainment value, if you will—to an inherently absurd and artificial situation. Goldsmith, a conceptual artist, poet and radio host, contributes vividly written general and individual introductions that set up each piece perfectly. In gathering this book, he has performed a service not only for Warhol scholars but for anyone interested in the bewildering transformations of American culture, where "everyone and everything is interesting."