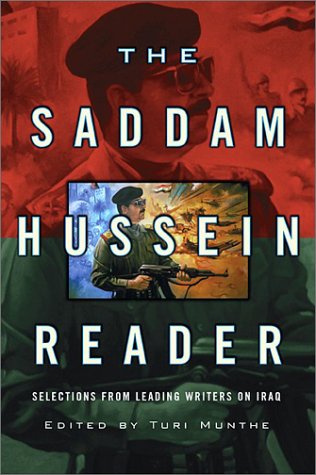 THE SADDAM HUSSEIN READER: Selections from Leading Writers on Iraq

As this strong collection of essays and excerpts shows, the issue of Iraq goes far beyond whether the United States should invade and attempt to overthrow Saddam Hussein. The pieces, culled from numerous articles and books by leading writers on the Iraqi dictator over the last few years, include a brief bio detailing Saddam's rise from an impoverished childhood, a look at U.S. support for Saddam to counterbalance Iran and an examination of the reasons for the 1991 Gulf War and its aftermath. In one of the more insightful pieces, Israeli scholar Ofra Bengio describes how the Iraqi propaganda machine exploits whatever symbols it can to create the myth of the all-powerful Saddam: "Iraqi propaganda methods recall modern marketing techniques, always thinking up new gimmicks to sell the product." A useful piece by U.S. Air Force Lt. Col. Michael Isherwood explores the possible options that the United States faces now, and the pros and cons of each. The human rights group Middle East Watch details the institutions that Saddam uses to terrorize his own people and maintain his grasp on power. Taken as a whole, the pieces gathered by Munthe, an editor in politics and Middle East studies at I.B. Tauris, lean left, with some noted critics of U.S. policy—Noam Chomsky, Edward Said and Ramsey Clark among them—overrepresented. Still, this collection serves as a welcome and very timely primer on the Saddam question.