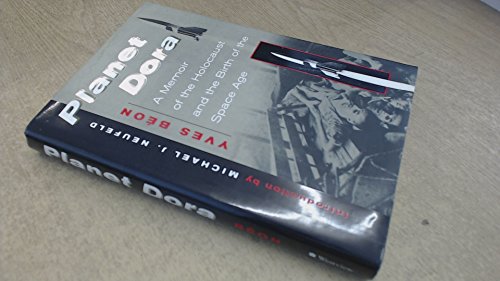 Planet Dora: A Memoir of the Holocaust and the Birth of the Space Age

The German rocket program of WWII, fueled by concentration camp labor and the Nazi credo ""annihilation through work,"" is described in this harrowing account by Beon, who was arrested for resistance activities in 1943, shipped to Buchenwald the following year and then sent on to the little-known camp nearby, named Dora. In this prison cut out of rock, Nazi henchmen created a living cemetery, an underground hell of suffering, torture and murder, while pushing forward their quest to construct the deadliest weapons of the Third Reich: the V-1 buzz bomb and the V-2, ""the world's first ballistic missle,"" manufactured to level England. In unflinching yet straightforward prose, the author records daily events in the camp, allowing his powerful descriptions of events to carry their own emotional weight. It's not only a world of hunger and disease but one of caste among the different nationalities of prisoners, and of brutality by the ruthless kapos, prisoners elevated to the role of henchmen. As Michael J. Neufeld, a Smithsonian curator, explains in an introduction, after liberation, the chief architects of the German rocket program, including Werner von Braun, were brought to America and became instrumental in the U.S. space program, helping to put the first man on the moon. The State Department looked the other way, though documents prove that von Braun and others who claimed that the use of camp prisoners had been forced on them were well aware of the atrocities at Dora. This is an important book, a tale of horrors that sheds new light on the Holocaust and on the questionable beginnings of America's space program. (Apr.)
close
Details