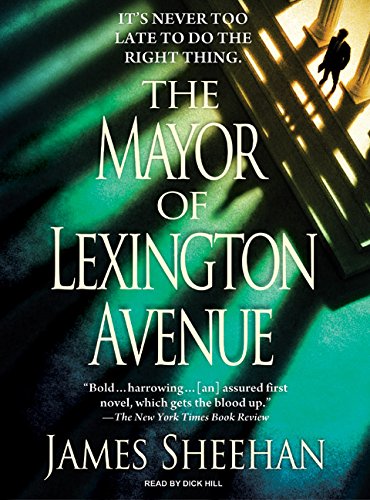 The Mayor of Lexington Avenue

Sheehan's 2005 debut legal tale sets up an interesting albeit somewhat hackneyed plot of a mentally deficient yet lovable young man, Rudy, who is found guilty of murder through incompetence, bigotry and the laziness of smalltown policemen. Can his late father's longtime friend save Rudy from the death penalty? Hill's award-winning voice seems to falter here. His young characters' voices at times are forced and exaggerated while he occasionally mixes up voices, accents and even sexes. Hill does manage to inflect subtlety in many of his character voices, which reveals a range of emotions. His narrative voice overall is steady and appealing, and he keeps a steady pace with the narrative and does well emphasizing relevant parts. Sheehan's text lacks the intensity that often suits Hill's more impressive performances.