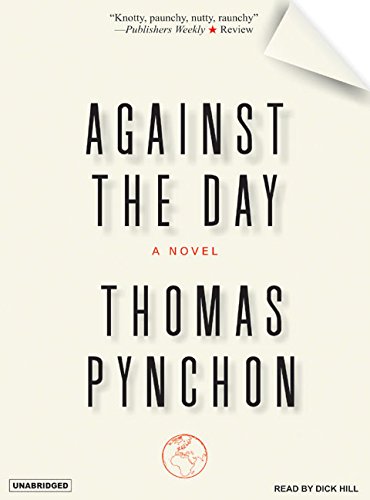 Looking to add 42 CDs to your collection in one fell swoop? Possessed of 54 hours of free time that desperately need to be filled? Look no further than this audiobook of Pynchon’s latest literary behemoth, a product so ridiculously outsized it deserves a Pynchon book of its own to celebrate it. Hill is to be commended for making his way through the 1,100 pages of Pynchon’s novel, traipsing all the way from the union-busting American West of the 1880s to the WWI-era Balkans, shifting accents and deliveries with aplomb along the way. While it is hard to imagine anyone mustering the energy to listen to all of Pynchon’s admittedly brilliant late career masterpiece, Hill admirably meets the challenge, although he occasionally makes the mistake of emphasizing the book’s comedy over its deep moral and intellectual seriousness. At 54.5 hours long, though, a little extra comedy is probably a necessary accoutrement. Simultaneous release with the Penguin Press hardcover (Reviews, Oct. 30). (Feb.)