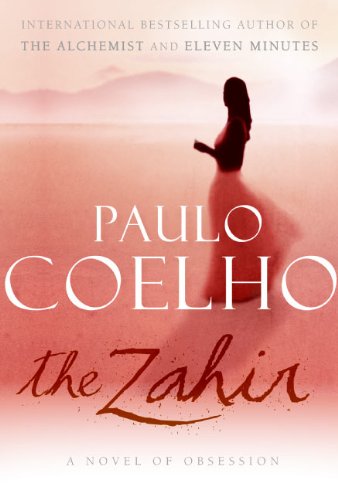 The press chat cites 65 million copies of Coelho's eight previous novels in print, making the Brazilian author one of the world's bestselling novelists (150 countries and 56 languages). This book, whose title means "the present" or "unable to go unnoticed" in Arabic, has an initial staggered laydown of eight million copies in 83 countries and 42 languages. It centers on the narrator's search for his missing wife, Esther, a journalist who fled Iraq in the runup to the present war, only to disappear from Paris; the narrator, a writer, is freed from suspicion when his lover, Marie, comes forward with a (true) alibi. He seeks out Mikhail, the man who may be Esther's most recent lover and with whom she was last seen, who has abandoned his native Kazakhstan for a kind of speaking tour on love. Mikhail introduces the narrator to a global underground "tribe" of spiritual seekers who resist, somewhat vaguely, conventional ways of living. Through the narrator's journey from Paris to Kazakhstan, Coelho explores various meanings of love and life, but the impact of these lessons is diminished significantly as they are repeated in various forms by various characters. Then again, 65 million readers can't be wrong; the spare, propulsive style that drove , and Coelho's other books will easily carry fans through myriad iterations of the ways and means of .