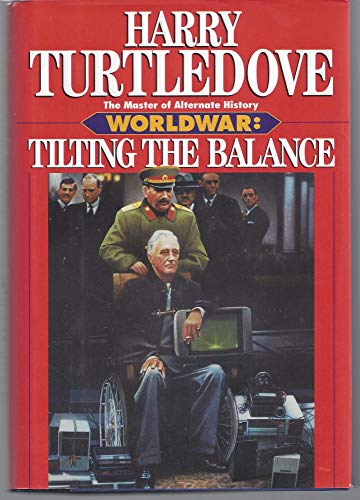 The second volume of Turtledove's Worldwar series (after Worldwar: In the Balance), an alternate-history saga in which lizard-like aliens invade Earth during WWII, quickly bogs down. As the plot moves among the huge cast of characters, including many historical figures (Ribbentrop, Roosevelt, Zhukov), and as Turtledove meticulously describes various tanks, planes and guns, readers will realize that they, too, must suffer for the author's research. And none of that homework has bred any subtlety: good people have good sex, while corrupt people suffer appropriate retribution. National and ethnic stereotypes abound, too: the British are more capable than they seem; the Germans are keen mechanics; most Americans, of course, are paragons. There are exceptions, of course-a few interesting lizards and a peace-talking Chinese woman-but it isn't hard to figure out which world leader will ``tilt the balance'' by using the first human-made atomic bomb. With so much attention paid to the machinery of war and the machinery of history, Turtledove rarely engages the subtleties of character, resulting in a novel that, despite offering its share of mind candy, never makes its many intrigues sufficiently gripping. (Mar.)
close
Details