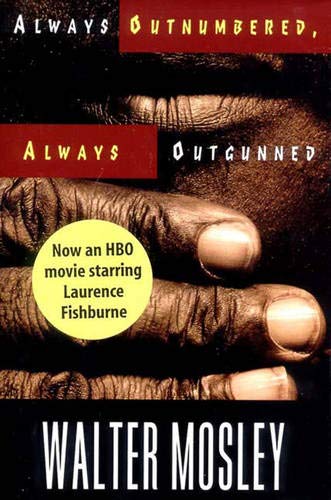 Unveiling a new, bigger-than-life urban hero and a new series set in an updated version of Easy Rawlins's South Central Los Angeles, Mosley seems determined to confer on the mean streets of contemporary L.A. what filmmaker John Ford helped create for the American West: a gun-slinging mythology of street justice and a gritty, elegiac code of honor. Socrates Fortlow, an earthy ex-con with the stoic grandeur of an aging cowboy, who can ""lift a forty-gallon trash can brimming with water and walk it a full city block,"" squats in a two-room apartment in Watts, tending a ramshackle garden and collecting bottles. Haunted by his 27 years in an Indiana prison and the murders he's committed with his own ""rock-breaking hands,"" Socrates finds himself in a series of confrontations with a circle of friends and archetypal strangers (a thief, an adulterer and a Vietnam vet) with whom he frequently holds streetwise Platonic dialogues on ethics, remorse and retribution. He fraternizes with neighbors who, against the odds, have helped his community at the grass roots, like Right Burke, whose irascible wife maintains a rooming house for poor blacks, and Oscar Minette, who runs an independent bookstore. He teaches lessons about remorse and manhood to Daryl, a local teenager, finds a job bagging groceries in a more prosperous neighborhood and reluctantly helps the police catch a local arsonist. Fans of the intricately plotted Easy Rawlins novels may be surprised by the episodic format here, in which the linked stories are presented in short chapters with such didactic titles as ""History"" and ""Double Standard"" In creating such a maverick protagonist, Mosley has produced a not-quite novel that reads like a philosophical treatise, memorable less for any character insights or resolution than for its indelible vision of ""poor men living on the edge of mayhem."" BOMC and QPB selections. (Nov.) FYI: Mosley has written a screenplay for an HBO movie based on the novel.
close
Details