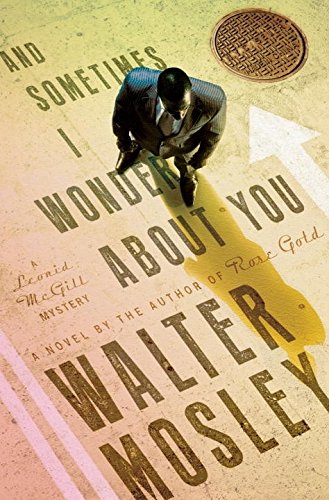 And Sometimes I Wonder About You: A Leonid McGill Mystery

Like the four Leonid McGill novels that have preceded it, this one has Mosley’s empathic and overworked New York private eye solving problems both professional and personal. His work includes the search for an heiress and assisting a woman who’s being stalked by her former lover. Meanwhile, his long-estranged father, Tolstoy McGill, suddenly reappears, while Leonid’s wife, Katrina, is in a sanatorium suffering from suicidal depression, and his mentor, Gordo, a boxing trainer, has talked him into “testing” a much-younger protégé who doesn’t like to lose. Both the novel’s narrator, Leonid, and reader, Onayemi (whose stage credits include War Horse), stay cool and mellow in the midst of chaos. The actor effortlessly and effectively portrays the ladies in Leonid’s life, from his sexy client to his soft-spoken wife to his young and infatuated office assistant. As for the elderly members of the cast, Onayemi supplies Leonid’s surrogate father, Gordo, with a guttural, gruff voice, while birth father Tolstoy speaks in a hoarse whisper that carries a hint of amusement and philosophical contentment. A Doubleday hardcover. (May)
close
Details