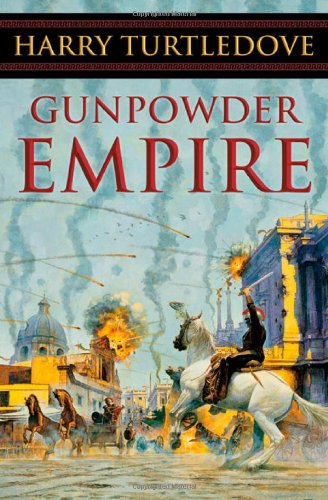 Readers nostalgic for the juvenile SF novels of Robert A. Heinlein and Andre Norton will find much to enjoy in alternate-history master Turtledove's time-travel novel, the first of a new series, in which a late 21st-century world has eliminated pollution and resource scarcity by exploiting the resources of various alternative realities. The Solter family spends their summers in one such reality, on the frontier of a Roman Empire that never fell, trading Swiss Army knives and other hi-tech trinkets for grain. When the mother suffers an appendicitis attack, the Solter parents travel back home to Southern California for treatment, leaving their teenage children in charge. Then things start to go wrong—the parents are stuck back home and can't communicate with the kids, while invaders lay siege to the Roman city near their summer place, and ever-efficient Roman bureaucrats start asking the kids embarrassing questions. Turtledove ( , etc.) presents his teenaged heroes with a series of moral choices and dilemmas that will particularly resonate with younger fans. This is a rousing story that reminds us that "adventure" really is someone else in deep trouble a long way off.