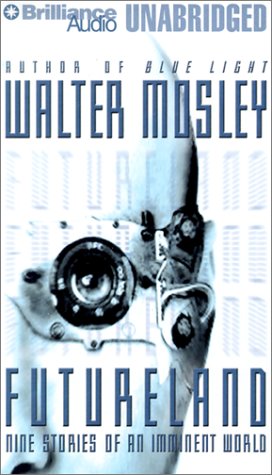 Although Allen brings a distinctly human touch to a cold world of computers and corporations, his relaxed style seems ill suited for these nine interconnected stories set in the near future. The frenetic material should be bristling with tension, but here it comes off as leaden. Agreeing with the sci-fi theme, the recording makes use of some effects, like giving Allen's voice a distant, tinny sound for a radio advertisement or a stentorian echoing effect for a ringside announcer. But even more would have been appropriate, such as background noise or music woven into the segues to heighten drama. While distracting in some recordings, such effects seem to be missing here amid the high-tech hullabaloo, especially given Allen's deadpan delivery. The stories themselves are intriguing and notable within science fiction for their focus on marginalized and underprivileged characters. But Allen's approach is simply too languid for the subject matter, and the dialogue in particular comes off as stilted and awkward.