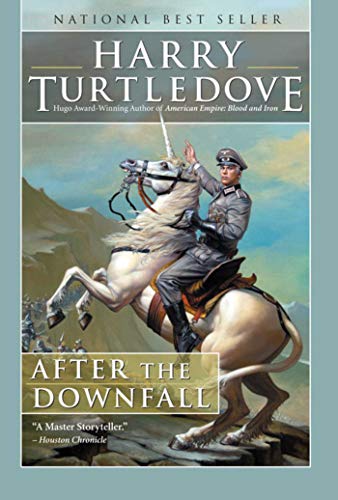 Alternate historian Turtledove ( ) opens this fantasy with Hasso Pemsel, a tough Wehrmacht captain, cornered in a Berlin museum as the Russians close in. Pemsel falls into another world, where he promptly rescues beautiful blonde half-goddess Velona from three swarthy men. Velona seduces him and explains that the blond Lenelli invaders rule over the dark native Grenye, keeping them subjugated with magic. Experienced from fighting on the Russian front, Hasso brings modern military ideas to the Lenelli before they invade the Grenye stronghold of Bucovin, but when the Grenye capture him, conversations with intelligent, lovely high priestess Drepteaza start to erode his assumptions about both races. Pemsel's slow enlightenment breaks no new ground, but his story will appeal to fans of Turtledove's straightforward style and military know-how.