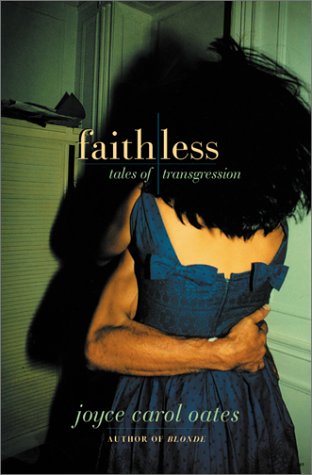 Oates long ago established herself as the nation's literary Weegee, prowling the mean streets of the American mind and returning with gloriously lurid takes on our midnight obsessions. If she has left a stone in the shared unconscious unturned, she turns it here in this collection of 24 wide-ranging stories. As the subtitle suggests, the book's preoccupation is sin, but otherwise the stories are richly various. They range from quiet, intimate talesDsuch as the chilling opening effort, ""Au Sable,"" about a man let in on a suicide he cannot preventDto the satiric fantasia on TV journalism and police brutality that closes the volume, ""*In COPLAND*."" Indeed, the stories (and there are enough here for two if not three volumes) are loosely grouped into three untitled sections, respectively focused on individual obsession, family and notorious recent crimes. Throughout, sex often seems the innocent engine of our sins. In the title story, which opens the second section, sexual infidelity is offered as a coverup for a much deeper faithlessness, and in ""What Then, My Life?"" a successful woman asks whether her life would have been as meaningful and successful if the sexual assault that marked her youth had not occurred. But it is the stories of the final section that will probably attract the most attention. These tales echo the headlinesDthe Menendez brothers, Columbine, Abner LouimaDbut do so with great imagination and unexpected humor. Some may see the collection's virtue, its great variety, as its vice, judging it a miscellany of sketches and treatments written quickly during off hours. But few if any authors share Oates's phenomenal range, and few know our dark but shimmering secrets so well. (Mar. 3) Forecast: Post-Blonde, Oates is flying high. The stories may be a hard sell, particularly with so many Oates novels on the shelves, but strong reviews and lingering Blonde effervescence could translate into decent salesDand of course this should remain a perennial backlist item.
close
Details