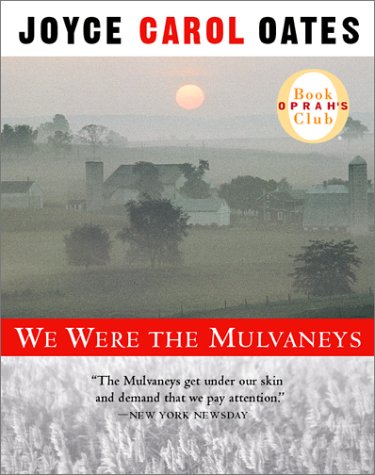 WE WERE THE MULVANEYS

In a tale told primarily from the point of view of the youngest boy, Judd, listeners learn how each of the Mulvaneys struggles with 16-year-old Marianne's date rape and her father's fierce reaction to it—Mike Mulvaney bans his daughter from the house, ostensibly because she will not name her rapist. In her 26th novel, Oates once again shows her prowess as mistress of the macabre. The best scenes are not early on when we're introduced to the lovely, successful Mulvaneys, their smart and charming children, and their middle-class American milieu. They are not in the rebuilding of individual lives in the wake of the father's disintegration and death. Nor are they toward the end, when the Mulvaneys reunite as an almost-functional, though much-changed family. It is the flashbacks of Marianne's date rape and especially brother Patrick's plotting and executing his vigilante justice that carry listeners from sentence to sentence throughout Adams's utterly convincing reading.