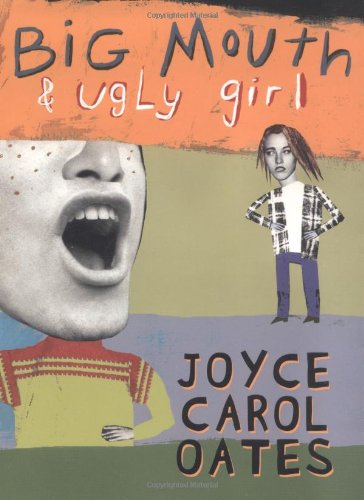 Believable, full-blooded characters propel Oates's first YA novel past some plotting that doesn't quite add up. Ursula Riggs, a high school junior, has adopted a stance of invincible indifference ("Since that day I woke up and knew I wasn't an ugly girl, I was Ugly Girl"). Against her mother's wishes, she leaps to her classmate Matt Donaghy's defense when his throwaway joke about blowing up the school makes him a suspected terrorist, but then rebuffs Matt's overtures to friendship. Told in alternating perspectives (Ursula's in first-person and Matt's in third), the novel intensifies even though Matt is quickly exonerated. Matt's friends ice him out, citing pressure from their parents, and his family receives hate mail. When Matt's family files suit against the school and his accusers, the hostilities escalate, and Matt nearly attempts suicide (Ursula, again in the right place at the right time, saves him once more). In turn, Matt helps Ursula realize that her Ugly Girl persona "wasn't right for all occasions." The weak spots here have to do with the villains (including the students who reported Matt's "joke" and those who bully him); they are barely developed, and stereotypes seem to have taken the place of their motivation. But the relationship between Ursula and Matt grows, credibly and compellingly, against a convincing high school backdrop. Readers will relate to the pressures these two experience, both at school and from their parents, and be gratified by their ability to emerge the wiser. Ages 13-up.