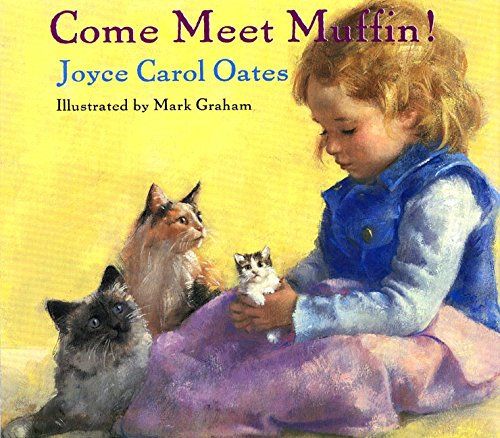 Oates makes a false step with her first children's book, a strained tale of a kitten found by the side of the road. At the urging of their daughter, Lily, the Smiths take Muffin home, where he is ""welcomed"" by their two other cats. The tone, unfortunately, is condescending (""Muffin is a special kitty who came to live with the Smith family,"" Oates begins), and the writing cumbersome, especially during the frequent shifts in point of view: ""But Muffin always let the other cats eat first, especially little Christabel because he loved her the most. Christabel, however, who was very pretty, with orange, white, and dark markings, sometimes hurt Muffin's feelings by ignoring him."" The hero lives up to his description as ""special"" one snowy morning, when he jumps out a window (which is open, despite the season) to lead two lost fawns into the woods where he manages to locate their mother (who ""thanked Muffin for his help""). Oates further taxes narrative logic when Muffin, who isn't sure how to get home, climbs to the top of a tall evergreen, from which he spots his house, miles away, and concludes, ""I was never lost, really. My house was always there."" Far more convincing are Graham's (The Dream Jar) softly focused oil paintings, which offer realistic renderings of Muffin and the other animal characters and convey the love between Muffin and the Smith's angelic young daughter. But the warm, atmospheric art doesn't make up for the thin, precious narrative. Ages 5-8. (Sept.)
close
Details