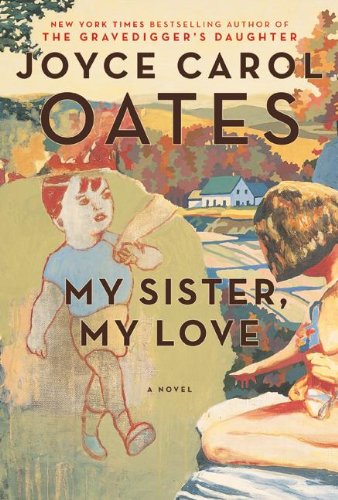 My Sister, My Love

Oates revisits in fantastic fashion the JonBenet Ramsay murder, replacing the famous family with the Rampikesâ€”father Bix, a bully and compulsive philanderer; mother Betsey, obsessed with making her daughter, Bliss, into a prize-winning figure skater; and son Skyler, the narrator of this tale of ambition, greed and tragedy. Skyler's voiceâ€”leaden with grief and guiltâ€”is sometimes that of the nine-year-old he was when his sister was killed, and sometimes the teen he is now, 10 years later, when a letter from his dying mother â€œsolvesâ€ the mystery of Bliss's death. The emotionally wrecked Rampike children are collateral damage in a vicious marital battle; Sky is shunted aside, while Bliss is ruthlessly manipulated. Stylistic tricks (direct-address footnotes chief among them) lighten Oates's razor-sharp satire of a privileged enclave where social-climbing neighbors dwell in gargantuan houses; as Oates's readers will expect, the novel is long, propelled at breakneck speed and apt to indulge in verbal excess (as in the 55-page novella within the novel). Oates's psychological acuity, however, ranks this novel as one of the best from a dark observer of our lives and times.