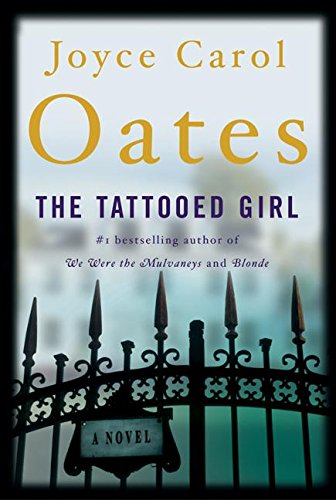 When a reclusive, 38-year-old writer hires a near-illiterate young woman as an assistant at his suburban home in Carmel Heights, near Rochester, N.Y., he's unaware that a vehement anti-Semitism seethes beneath her tattoo-branded exterior. Renowned for —his great early success, a novel based on his grandparents' experiences in Germany during the Holocaust—Joshua Seigl confuses his friends and sparks the anger of his hypomanic sister, Jet, when despite their objections he refuses to fire the young woman. A full portrait of the amiable, disillusioned Seigl emerges as he translates Virgil's , makes excuses for his failing health (he has recently been diagnosed with a debilitating nerve disease) and interacts erratically with his concerned friend, Sondra. Meanwhile, the mentally hollowed-out Tattooed Girl comes to seem a more realistic victim of persecution than any character in Seigl's historical fiction. Her soft, fleshy skin is defaced with ugly tattoos burned beneath her eye and on the backs of her hands by a mysterious group of abusive males. With scarcely a shred of self-esteem, she mumbles "Alma" to those who ask her name, "as if she had no surname. Or her surname wasn't important, as Alma herself wasn't important." She continually tries to impress her abusive, Jew-hating boyfriend, Dmitri, with little treasures stolen from her employer. Yet as she learns more about Seigl and his heritage, she can no longer ignore the dignity and respect with which he treats her. With her usual cadenced grace, Oates ; ; etc.) tells a mesmerizing, disturbing tale—though the little that is revealed of the Tattooed Girl's past may leave fans wanting more. Like the readers of Seigl's , those who look for more meaning beneath the surface will be "forced to imagine what the writer doesn't reveal."

A Garden of Earthly Delights