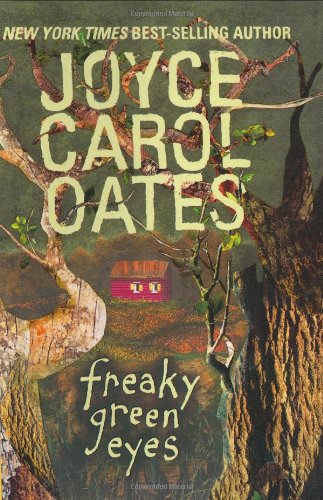 The daughter of a charismatic football star-turned-sportscaster narrates Oates's () captivating novel, which bears some resemblance to the O.J. Simpson story. Fifteen-year-old Franky narrates and opens with a flashback to a party she attended just after her 14th birthday, "when Freaky Green Eyes came into my heart." This feisty alter-ego emerges when Franky is nearly raped, defends herself, and tells no one about the incident. The quick-thinking survival instincts that "Freaky" embodies, become essential to the narrator's ability to make sense of her world, as her parents' marriage begins to collapse. Franky sides with her father, even though she suspects he is hurting her mother; she blames her mother for "provoking" him, and acts like she doesn't miss her mother when she begins to spend more time away from the family to pursue her art in a small town an hour from their suburban Seattle home. Oates makes manifest the narrator's inner struggle between Franky and Freaky, and paints Franky's father as both magnetic and menacing. Even after her mother and a gay male friend go missing and her father is a key suspect, Franky initially makes a statement on his behalf. But Freaky wins out, making a "Freaky-impulsive" decision that leads her to uncover the truth. The gray Northwest setting provides a fitting parallel to the heroine's life, where facts are often hard to see. Oates builds the mounting tension masterfully, crafting a fast-paced narrative that will haunt readers long after the final page. Ages 14-up.