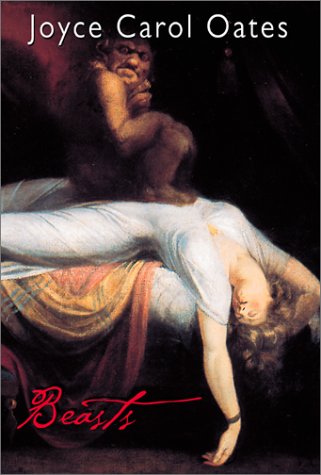 Where there's smoke, there's fire—and, as the unstoppable Oates (; ; etc.) deftly demonstrates in this unsettling neo-gothic confessional, sometimes a combustible passion that has been stoked to incendiary heights. Set at Massachusetts's exclusive Catamount College in 1975 and narrated by high-strung poetry major Gillian Brauer, the tale unfolds the tragedy of characters whose type dominates Oates's writing: people of sophistication and refinement whose decadent desires cause them to expose their animal, atavistic souls. Twenty-year-old Gillian and her classmates are all attracted to Andre Harrow, an outspoken, charismatic poetry professor who encourages them to excavate their intimate thoughts and feelings for raw creative material. Shortly into the school term, Gillian—like other girls before her—is seduced into a steamy ménage à trois with Andre and his wife, Dorcas, a sculptress of sexually provocative primitive figures and a lightning rod for controversy at the college. Their ill-fated tryst plays out against the backdrop of a campus terrorized by an anonymous pyromaniac who is setting an increasingly menacing series of fires. Oates's talent for creating hothouse environments mirroring their characters' every obsession is superbly displayed here. The novella's atmosphere is rank with erotically suggestive imagery from the D.H. Lawrence poems Gillian devours, and the innuendoes and allusions that emerge naturally in conversation between characters charge their interactions with sexual tension. (Andre's classroom nickname for Gillian is "Philomela," a character from Ovid whose brother-in-law rapes her and cuts out her tongue; she takes revenge on him and is transformed into a bird.) Although some of the revelations are more overwrought than necessary, Oates shows once again her skill at adapting the classic gothic template for the tale of modern psychological suspense.