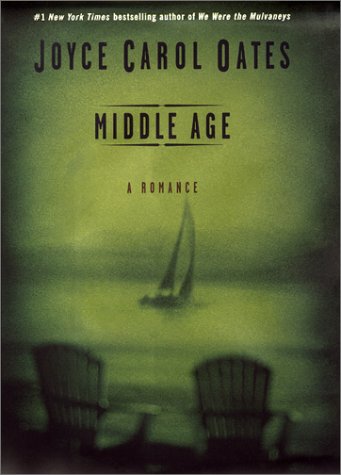 A romance? The hero dies in the opening pages, adolescents renounce their parents and the grownups aren't true to themselves, much less each other, because they have no idea what they are. In the Lexus-crowded town of Salthill-on-Hudson, husbands and wives share beds in which the linens meet more crisply than the bodies. "How eternal is a single night, and of what eternities are our long marriages composed!" And yet romance is deep in the bones of this soaring epic of renewal and redemption, an Easter of the flesh, a Viagra of the soul. Sculptor Adam Berendt goes into cardiac arrest while saving a child from drowning, and so redeems the 50-somethings of Salthill with his death; he confers the idea and the actuality of grace on their lives. It may be said of Oates's oeuvre that it is a long marriage between author and reader, composed of many eternities. Her sentences seem to contain more sentiment per word than anyone else's. She punishes us with terrible truths: Death lurks at every window and Eros is a demon, worshiped at awful cost. In marriages charged with such import, one must cheat in order to breathe, as Augusta Cutler discovers after Adam's death, when she leaves her husband, Owen, to ferret out the truth about Adam, and herself, and to find respite. Reminiscent of her powerful , but equipped with a happy ending, Oates's latest once more confirms her mastery of the form.

Blonde We Were the Mulvaneys