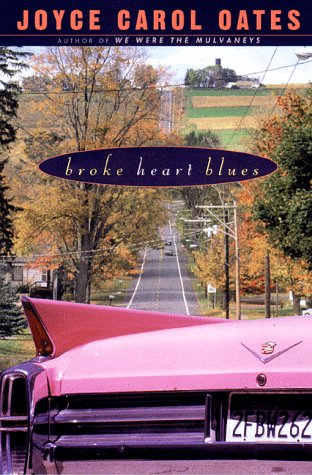 Huge, humorous, manic and multi-layered, Oates's 29th novel will rank high among the best work she has produced in her prolific career. In 1967, John Reddy Heart--a 16-year-old, James Dean-like white-trash newcomer to a small town near Buffalo, N.Y.--kills his mother's abusive lover and goes on the run. Or did he? In the three days before he is apprehended, the teenager becomes a national obsession. Myths build as his trial approaches. ""The Ballad of John Reddy Heart"" soars to the top of the charts; every girl in high school is in love with him; every boy feels like his best friend. The students are the focus of the novel as a Greek chorus of their voices, a collective we, narrates. The story follows their lives to their 30th high school reunion, a seriocomic get-together from hell, where adolescent grudges resurface and former romances rekindle, and where the myth of John Reddy Heart still dominates everyone's life. An exquisitely evoked character, Evangeline Fesnacht, keeps bulging scrapbooks concerning John Reddy, and tells her classmates, ""I am taking minutes on our lives whether you allow me to or not."" She becomes E.S. Fesnacht, a novelist much admired but seldom read. (Perhaps Oates is satirizing herself: ""E.S. Fesnacht has no existence apart from the spines of a few books."") Among the many themes Oates (We Were the Mulvaneys) explores, the similarity between celebrity and notoriety, fame and infamy, is the most trenchant and timely. Dedicated to John Updike, the novel is Updikian in its complexity, and Oates occasionally outdoes the master himself: ""After high school in America, everything's posthumous""; ""After the age of forty, d j vu is as good as it gets."" Did John Reddy commit the murder? Or did he take the blame to protect a family member--his slatternly mother, his eccentric grandfather who builds an eerie glass ark, a dreamy little brother who becomes a mysterious Bill Gates-like billionaire, a semiautistic little sister who grows into a Mother Teresa clone? There is enough subtle and not so subtle Christ imagery to fuel academic rapture. Reading an Oates novel is like becoming a peeping tom, staring without guilt into the bright living rooms and dark hearts of America. (June)
close
Details