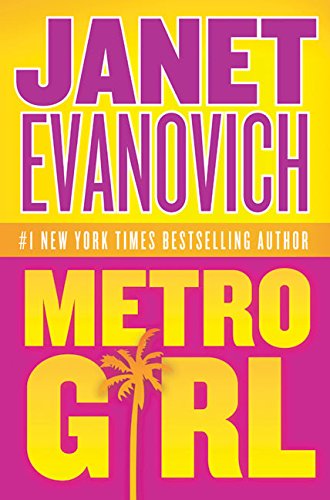 "Just because I know how to change a guy's oil doesn't mean I want to spend the rest of my life on my back, staring up his undercarriage." From the word go, Evanovich delivers her usual goods, albeit in a different vehicle. After 10 Stephanie Plum novels, each more successful than the last, Evanovich introduces Alexandra Barnaby, aka Barney. Barney hails from Baltimore rather than New Jersey, but she's from the same slice of working-class life as Stephanie; she donned mechanic's overalls in her father's garage during summer breaks from college. Her younger brother, Wild Bill, shares her passion for cars, and now he's disappeared from Miami, along with NASCAR star Sam Hooker's boat, the . Evanovich doesn't mind showing her romance roots, as Barney and Sam start off snarling at each other; as any reader can tell, they have to team up (a) to save Bill and (b) to enjoy delicious sex. As in the Plum books, plot takes a back seat to riffs, roughups and dialogue—and in the last lies the book's most notable distinction. If Stephanie bids fair to be New Jersey's Dorothy Parker, Barney is Baltimore's echo of Robert Parker. Conversation is terse and coded, full of sexual innuendo, with a high premium on toss-away lines uttered under duress. Despite the amazing quantity of physical jeopardy, there's little tension; it's all about hanging out with Metro Girl and NASCAR Guy—which may be just what millions of Evanovich fans will want. .