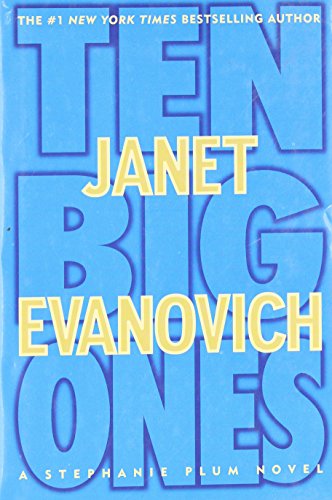 Evanovich is at her best in her 10th Stephanie Plum adventure (after 2003's ), which reads like the screenplay for a 1930s screwball comedy: fast, funny and furious. The Trenton, N.J., bond enforcement agent (bounty hunter), accompanied by her trigger-happy friend Lula, an errant file clerk, is after a quirky collection of bail-jumpers—a man who killed a neighbor's rosebushes relieving himself on them, a drag queen musician/school bus driver accused of assault, and a woman who claims she robbed a Frito-Lay truck because she hated her low-carb diet—when she witnesses a convenience store robbery. Unfortunately, Anton Ward, the holdup man, learns that Stephanie can identify him and puts out a contract on her. After she tells her colleague Ranger her predicament, he offers her sanctuary. As usual, she's torn between sexy Ranger and her longtime lover, cop Joe Morelli, with whom she's living. The rollicking plot, replete with car chases, family squabbles, massive doughnut consumption and a frantic, wacky finale, keeps the reader breathless. As usual, Evanovich's eccentric characters—fun-loving Grandma Mazur, anxious to accompany Stephanie on her job; self-absorbed sister Valerie and her hapless fiancé Albert Kloughn (pronounced Clown); Sally Sweet, the transvestite who shows a talent for wedding planning—are a treat.