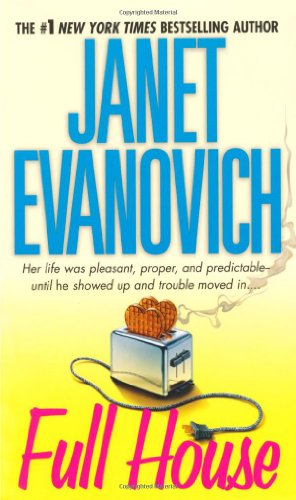 Originally published in 1989 under the pen name Steffie Hall, Evanovich's comic romantic suspense novel reappears here in what the author calls a "bigger and better" form. Wealthy newspaper owner and horseman Nick Kaharchek meets divorced mom Billie Pearce when she makes polo lessons at his stables part of her summer self-improvement program. Though she's hopeless at polo, Billie is so cute that Nick begins to invent excuses to spend time with her. First, he takes care of her when a horse steps on her foot; then, he arranges for his nutty cousin Deedee, a self-absorbed airhead, to board with Billie while her kids are away. As if that isn't enough, Billie must also contend with a bomb-setting teenager, professional wrestlers, an outbreak of spiders and threats from a mysterious intruder. Evanovich acknowledges in a note to readers that her plotting has gotten more intricate since this book was first written (she's right), but her attempt to rework a formulaic '80s love story for the new millennium doesn't come off. The outcome of the artificial romance between Nick and Billie is obvious from the start, as is the identity of the intruder. Instead, the book's focus is on the slapstick comedy provided by the cast of wacky, though mostly loveable, eccentrics.