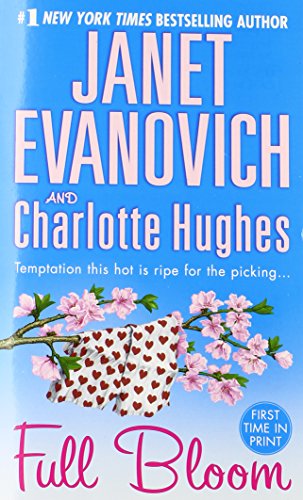 Set in Beaumont, S.C., the fifth installment in Evanovich's Full series (after 2004's ) gets off to a raucous start. When photographer Wes Bridges comes looking for a room at Annie Fortenberry's B&B, a former bordello that's supposedly haunted, Annie mistakes him for her drunken handyman and hits poor Wes on the head with her rolling pin. Hilarity ensues as Annie and her cast of eccentric boarders provide first aid to Wes in the form of a local veterinarian who specializes in livestock tranquilizers. The comedy gives way to murky mystery when the police locate the body of Annie's philandering husband, Charles, who disappeared three years earlier, and arrest Annie for his murder. The romance between Wes and Annie heats up the sheets, even as the list of suspects grows. Unfortunately, the plot flattens out, and even boarder Destiny's efforts to provide the B&B's ghost with therapy fail to rekindle the novel's earlier humor. While readers will be amused by the wacky first few chapters, the mystery never reaches the intensity of Evanovich's Stephanie Plum novels, and fans will likely be disappointed with this less than stellar entry.