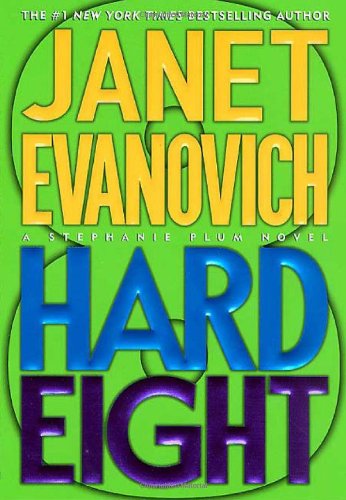 The menace is more personal for Trenton's favorite bounty hunter and the energy more manic in this latest outing than in last year's . As a favor to her mother's next-door neighbor, Mabel Markowitz, Stephanie agrees to check up on the lady's granddaughter, Evelyn Soder, who has suddenly taken off with her little girl, Annie, leaving behind a child custody bond against Mabel's house. The son-in-law is a bad guy who lost his bar to Eddie Abruzzi, a very nasty character who owns Evelyn's building. Soon someone in a bunny suit is trailing Stephanie, her car is blown up, her apartment infiltrated and a dead body appears on her couch. She calls in her associate, Ranger, the gorgeous and mysterious Cuban bond agent, while her sometime boyfriend, Morelli the cop, also gets on the case—a real doozy for which she's not getting paid. On the home front, ever-raunchy Grandma Mazur is eager to assist. Sister Valerie and kids have moved back in as well, so there's nowhere but the couch for Stephanie and one bathroom for all. Valerie is inexplicably attracted to Evelyn's goofy lawyer, who's been tagging along with Stephanie and the ever-outrageous file clerk and ex-hooker Lula, further complicating this twisted case. Life in the Burg takes on a sinister turn with serious results. Evanovich does it again, delivering an even more suspenseful and more outrageous turn with the unstoppable Stephanie, heroine of all those who have to live on peanut butter until the next check comes through. Waiting for nine will be tough.