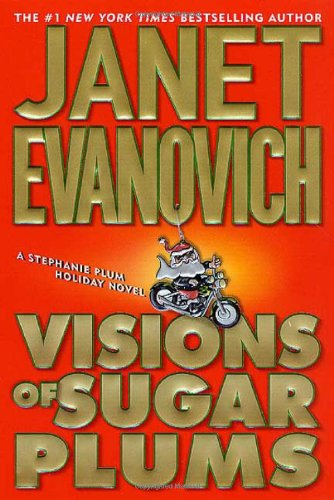 A sugar plum for Christmas, indeed! Stephanie Plum, Evanovich's delightfully zany New Jersey bounty hunter, is the star of this too short but hilarious holiday romp. Grousing about the approaching Yule is something many of us can relate to and wishing for a helpful angel might strike a chord with some. But it takes a special imagination to conjure the handsome, if sort of grungy young stranger, Diesel, who magically pops into Stephanie's kitchen one morning just four days before December 25. Diesel joins Stephanie in her hunt for a bail skipper, Sandy Claws ("It was probably Klaus and got screwed up at Ellis Island"), though in fact he's after another target entirely and Stephanie's skipper is a means to that end. In addition to trying to catch Sandy Claws, Stephanie has to get ready for Christmas—which gives Diesel the opportunity to meet her unconventional family. "I'm always knocked out," he observes, "by the way a family can be at the upper end of dysfunction and insanity and still work so well as a unit." When that family includes a pistol-packing grandma, a niece who thinks she's a palomino and a sister on the verge of crisis, that's quite a statement. Throw in some elves, a mad hunt for a Christmas tree and a few fires and you have a Plum-crazy Christmas classic.