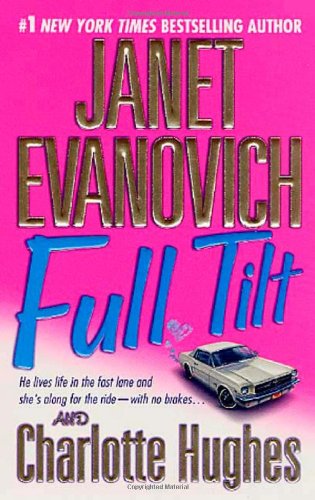 What do you get when you throw together a daredevil multimillionaire, a talking car, a flaky newspaper owner, a retired wrestler turned mayoral candidate, a crazy Vietnam vet and a town full of corrupt bureaucrats? A far-fetched mystery that reads like a carnival ride spun out of control. While some readers may enjoy the ride, others will simply want to plant their feet on the ground. Playboy Max Holt, the bomb-setting boy genius from Evanovich's , returns to Beaumont, S.C., to check up on his investment in the local paper, run by workaholic Jamie Swift, and to help his brother-in-law, mayoral candidate Frankie Fontana, locate the town's missing tax dollars. But when he and Jamie are shot at, it becomes clear that someone doesn't want him poking into Beaumont's financial affairs. The shooting doesn't deter Max, and neither do his subsequent encounters with dynamite, an alligator and a trigger-happy war veteran. Jamie, however, is sufficiently distraught for both of them, and her hysterics will make fans of Evanovich's more capable heroine, Stephanie Plum, cringe. Though the story is stuffed with marginally developed, oddball characters, their off-the-wall antics aren't enough to keep the suspense rising and the reader engaged.