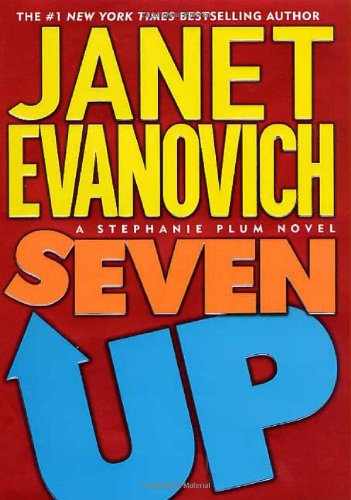 SEVEN UP: A Stephanie Plum Novel

It's always a treat to go out on a case with Stephanie Plum, the sassy, adventurous, but not always successful Trenton, N.J., bounty hunter. In her seventh outing (after 2000's ), Stephanie's employer, her bailbondsman cousin, Vinnie, gives her an easy job: pick up vicious senior citizen Eddie DeChooch, who is constantly sighted racing around Trenton in a borrowed white Cadillac, but whom no one can grab. While in Virginia picking up the cigarettes he's charged with smuggling into New Jersey, he stole the heart from the recently dead body of his enemy, Louis DeStephano. The heart's whereabouts define the darkly hilarious trajectory of the plot. The usual characters inhabit the novel: Steph's former high school buddies, the zonked-out Dougie and Mooner; and Evanovich's best creation, feisty Grandma Mazur. Stephanie's much-resented sister Valerie returns from California with her two daughters, her "perfect" marriage ended, and moves in with her parents, to their dismay. Steph and her lover Joe Morelli almost set a wedding date, but again she avoids commitment, still attracted to fellow bounty hunter Ranger. At times the plot meanders: Stephanie and pal Lula spend too much time running from house to house in the inbred Burg neighborhood, while two semi-retired crooks looking for DeChooch keep breaking into her apartment for little reason. All in all this is another zesty Evanovich read, but one that doesn't quite hit the high marks of her last two.