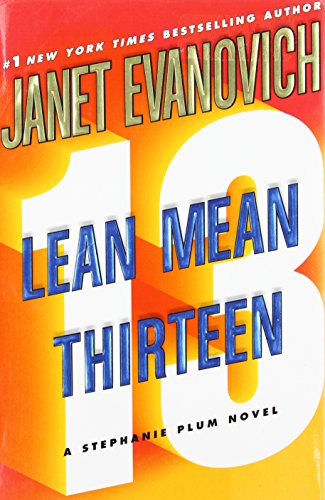 In her rollicking 13th Stephanie Plum adventure (after ), bestseller Evanovich is in top, quirky form. Plucky, bumbling New Jersey bounty hunter Plum is reunited with her two-timing lawyer ex-husband, Dickie Orr, while doing a favor for the mysterious, sexy Ranger. But when Dickie disappears from his house leaving behind only bloodstains and bullet holes, Plum becomes the prime suspect in his alleged murder. Determined to clear her name, Plum and her on-again off-again Trenton cop boyfriend, the irresistible Joe Morelli, uncover Dickie’s ties to a shady group of men involved in everything from money laundering to drug running. And when Dickie’s jilted business partners decide Stephanie holds the key to the $40 million they believe Dickie stole from them, she’s in for a wild ride. With the author’s usual cast of eccentric side characters—everything from a taxidermist with a penchant for bombs to a grave-robbing tax man—Evanovich proves once again that Stephanie Plum and her entourage are here to stay.