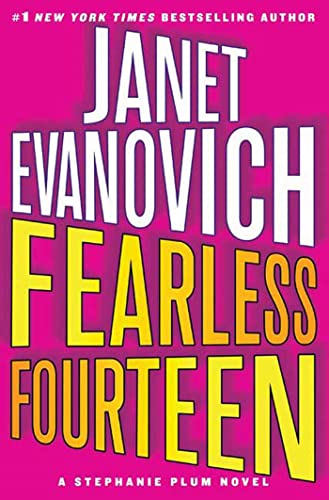 New Jersey bounty hunter Stephanie Plum finds herself saddled with the teenage son of Loretta Rizzi, her latest skip, at the start of one of the less cohesive entries in Evanovich's bestselling series ( , etc.). When Mario “Zook” Rizzi and his obsession with the online role-playing game “Minionfire” become too much for Stephanie to handle, the pair camp out at Trenton cop Joe Morelli's house. Stephanie also takes a job with the mysterious Ranger, helping him “babysit” Brenda, a fading music star in town for a concert. After Loretta is kidnapped, Stephanie and Morelli discover that to ensure Loretta's safety, they'll have to find the $9 million that disappeared after a bank robbery committed by Loretta's recently paroled brother, Dom. A mild-mannered stalker and the upcoming nuptials of Stephanie's colleague Lula to Ranger's right-hand man, Tank, add to the crazy fun. Despite a number of unresolved subplots, this Plum adventure won't disappoint those looking for the perfect summer beach read.