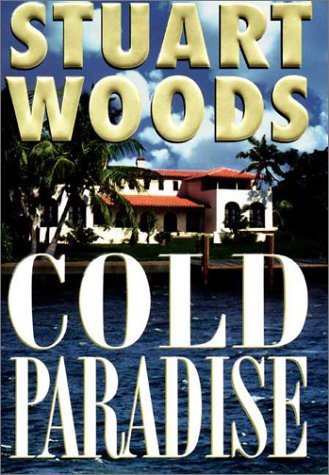 In the seventh thriller featuring cop-turned-lawyer Stone Barrington and his old sidekick NYPD Lt. Dino Bacchetti, the prolific and urbane Woods is at the top of his consistently bestselling form. In the middle of a New York City blizzard, Thad Shames, a wealthy computer tycoon, offers Stone a small fortune and the opportunity to escape the arctic cold if he will fly to glitzy Palm Beach, Fla., and find a femme fatale Shames knows only as Liz. With the help of Callie Hodges, Shames's sensual young Girl Friday, Stone wastes little time finding Liz, but discovers she is really Allison Manning, a woman he saved from the gallows a few years back (, 1997). Now known as Elizabeth Harding, she fears her first husband—a murderer who Stone believed had been executed—is alive and may be stalking her. Not to be deterred from wooing and wedding Liz, Shames asks Stone to protect her. Stone himself is besieged by women: first, the delectable Callie, then his old girlfriend Arrington Calder (, 2000) and finally, Liz, who suggests a ménage à trois with Callie. In the midst of these amorous adventures, Stone consults Dino back in New York, trying to ID a man who fits the stalker's description, and Dino flies in just in time to be involved in a shootout in a Worth Avenue restaurant. Loaded with perfumed sex, sleek jets and yachts, lavish homes, boutiques, gourmet cuisine, quirky twists and nonstop action, Woods's pulpy pedestrian plot is grand fun.