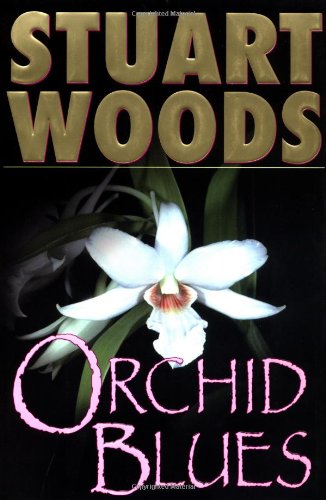 This second thriller in the series Woods inaugurated with starts with a bang—a literal one. While series heroine Holly Barker, a former military police commander turned police chief of smalltown Orchid Beach, Fla., waits at the local courthouse to marry lawyer Jackson Oxenhandler, her fiancé gets himself killed in a shoot-out at Orchid Beach's bank. Once past this shocker of an opening, the thrills quickly deflate. Holly stifles a few sobs, gets back into uniform and sets off to track down the gunmen, a gang of highly organized robbers who planned to heist $4 million in payroll cash. It soon becomes clear that they aren't ordinary robbers, however, appearing to have some connection to a weird little town in a neighboring county, where the average resident is white, male and a gun nut. In the course of his meandering tale, Woods deepens his portraits of Holly and her father, Ham, a retired army noncom, and dog lovers should enjoy the antics of Daisy, the Doberman diva who is Holly's constant companion. Stone Barrington, the cop-turned-lawyer from such Woods bestsellers as , makes a couple of important cameo appearances. But pages of lifeless dialogue and too much dead air in an already thin narrative eventually stifle most of the book's energy. Woods knows how law enforcement agencies—from local cop shops to the Secret Service—work, and his action scenes are clean and sharp. But in between there are a lot of empty spaces.