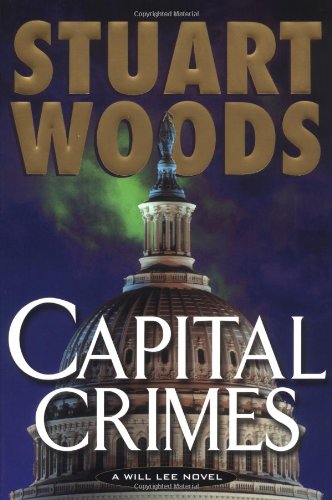 In this humdrum political thriller, the latest in the Will Lee series (, etc.), William Henry Lee IV, former senator from Georgia, has graduated to the presidency of the United States. He's living comfortably in the White House with his wife, Katharine Rule Lee, director of the CIA, when a series of murders threatens the nation's political equanimity. Ex-CIA man Ted Fay has begun a lone wolf vendetta against selected right-wing big shots. Ted opens the hostilities by sniping hypocritical Republican Sen. Frederick Wallace of South Carolina, a known bigot who spends his free time committing adultery in a remote mountain cabin with his lover of 20 years, African-American Elizabeth Johnson. President Lee turns to longtime Deputy Director Robert Kinney of the FBI to investigate the murder. When Kinney is asked who shot the senator, his answer gives some measure of Wallace's popularity: "We've narrowed the list of people with a motive to about ten thousand." Assassin Ted has a Web site with a rogue's gallery of politicians, judges, media personalities and others whose policies he deems objectionable. As he ingeniously does away with each in turn, a large X is placed over the corresponding picture. Because Will and Kathy are staunch Democrats and Ted is such a partisan killer, the reader knows that neither is in any danger; this defuses suspense other than that generated by a standard cat-and-mouse hunt. And as Ted is the most interesting character in the book, one begins to secretly root for him and his mission, thus confusing the issue even further. This is not Woods's best, but he's such a pro even a lackluster outing still delivers a mildly diverting read.