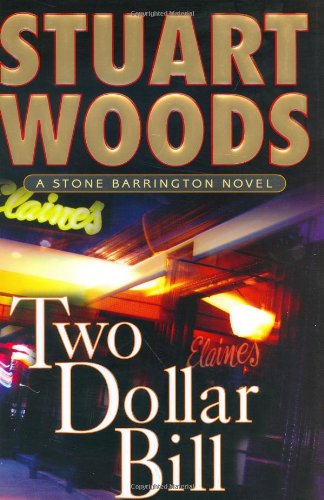 Woods's latest winner opens with a banner week for ex-cop turned sophisticated New York lawyer Stone Barrington: he lands a $50,000 retainer from fabulously wealthy Billy Bob Barnstormer and a date with a beautiful, blonde U.S. Attorney for New York, Tiffany Baldwin. The date with Tiffany pans out, but his relationship with Billy Bob sours when a dead prostitute turns up in Stone's spare bedroom, where his client has been staying. All the usual characters are on board, including CIA officer Lance Cabot and Stone's ex-partner, NYPD Lt. Dino Bacchetti. Billy Bob goes on the lam, and Stone learns that his client is also known as Rodney Peeples, a used-car dealer from San Mateo, Calif.; a CPA from Enid, Okla.; and a wanted man. Billy Bob attempts to kill him, an X-rated video of Stone and Tiff appears on the Department of Justice Web site and former long-term girlfriend Arrington Carter comes to town with her nine-year-old son, Peter. Danger mounts, but as luck would have it—and luck always has it in a Stone Barrington novel—things work out in the rather protracted end. Woods introduces a late twist that may signal a major change in Stone's life, one that will have faithful readers tuning in to the next installment of this excellent series to find out if Stone will have to curtail his man-about-town lifestyle.