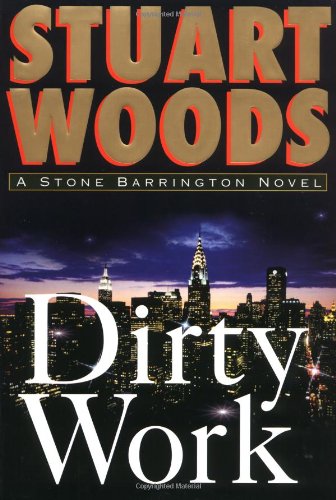 Woods's new mystery is as sleek and engaging as the upper-class lifestyle of its appealing hero, ex-cop–cum–lawyer–cum–private investigator Stone Barrington. Woods () rewards Stone (and readers) by bringing back the beautiful British intelligence agent, code-named Carpenter, who first appeared in , the preceding book in this series. But Carpenter brings Stone more than hot sex and clever dinner conversation—she inadvertently draws him into her life-and-death struggle with one of the world's most efficient and intelligent female assassins, La Biche. While on assignment for lawyer Stone, attempting to photograph an adulterous husband in flagrante delicto, a clumsy assistant gets into trouble and falls into the hands of the NYPD and British Intelligence. Stone's pal and ex-partner from his early days on the NYPD, detective Dino Bacchetti, aids in extricating the assistant, but the incriminating photographs soon involve both men in the hunt for La Biche, who is out to kill Carpenter and avenge an old wrong. Friend and foe alike feed outright lies to Stone and Dino as the chameleonic lady assassin piles body upon body. Woods writes in a dry, witty style that keeps all his characters on a likable keel. The amusing repartee between Stone and Dino is memorably funny. In the end, Stone supplies a surprising dose of morality, and the reader finds that there is more to the story than flesh, flash and derring-do. .