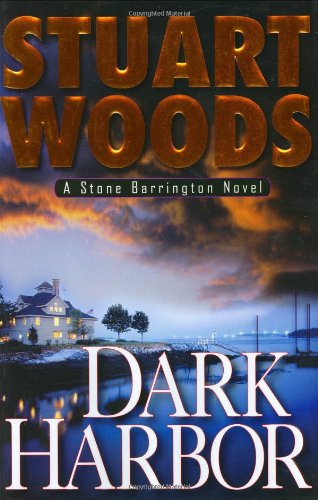 Bestseller Woods's tepid 12th Stone Barrington novel finds the New York lawyer taking a much-needed working vacation after the deadly trials and tribulations of the action-packed (2005). Stone has inherited a house on the island of Dark Harbor, Maine, from his first cousin Dick after Dick and his family have been shot in what the local constabulary thinks is a murder/suicide. Of course it isn't, and Stone, along with series regulars NYPD Lt. Dino Bacchetti, CIA agent Lance Cabot and lover Holly Barker, goes to Maine to look into the deaths. Stone is never in real danger, though once again it becomes clear that women who sleep with him run a good chance of being captured and held hostage until Stone and his posse can ride to the rescue. Fans will be happy to learn that Dino is finally free of his problematic wife; Holly is still crazy about Stone; and Arrington, the mother of Stone's son, brushes off a scary domestic plot twist introduced in . One hopes that a well-rested Stone will spring back into more serious action in his next adventure.