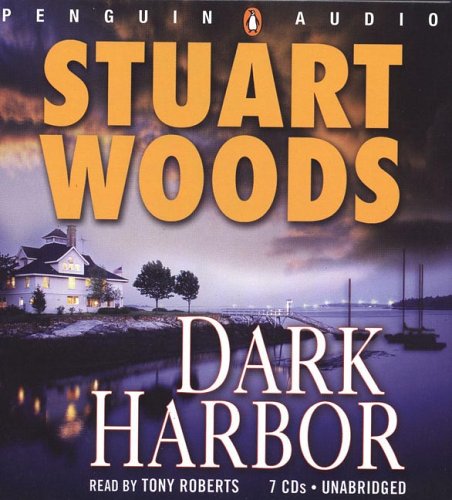 Ex-cop/attorney Stone Barrington travels to the isolated island community of Dark Harbor, Maine, to handle the estate of his late cousin Dick, who was found dead in his home along with his wife and daughter. The police initially think it's a murder-suicide, but Stone disagrees and launches an investigation of his own. Roberts reads with a confident and assured voice, using a variety of subtle accents, ranging from Stone's mild upper-crust New Yorker to Dino Bacchetti's somewhat hammy New York Italian and the Eastern New England drawl of most of the island's residents. He also shifts skillfully between male and female characters; the combination of this and his skill with accents leaves the matter of which character is speaking never in doubt. There is one aspect of the performance that was a bit beyond Roberts, however. In a crucial scene toward the end of the novel, a kidnapper speaks to his victim through a voice modulator, and Robert's attempts to duplicate the mechanical altered voice comes off as silly—ruining the atmosphere of the scene. But aside from this quibble, the adaptation is proficient and should satisfy most audiophiles.