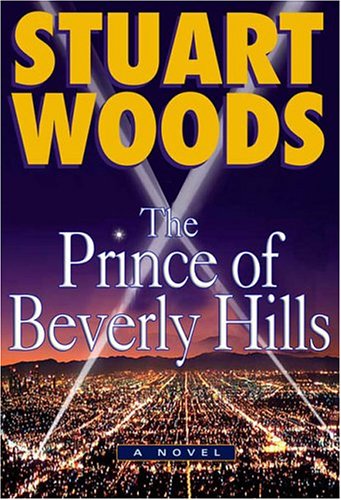 THE PRINCE OF BEVERLY HILLS

A recently demoted police detective gets caught up in the privileged and often dangerous world of 1939 Hollywood in Wood's solid 29th novel. His first night back in uniform, Rick Barron witnesses a car accident in which Clete Barrow, a drunk Hollywood A-lister, is involved. Though the other driver dies, Rick performs "Hollywood damage control," whisking Clete away from the scene. Centurion Studios' vice-president, grateful for Rick's "professional ethics," offers him the director of security post previously held by John Kean, who died in a suspicious murder-suicide a month earlier. Rick delivers Clete to the sets on time and keeps the star's drinking problem in check while dining at restaurants buzzing with vintage Hollywood royalty like Greta Garbo, Jack Benny and Spencer Tracy. He also comes to the studio's rescue again by covering up gorgeous starlet Glenna Gleason's apparent suicide attempt and budding actress Martha Werner's botched abortion. X-rated pictures that Rick finds in Kean's old safe get him into discussions with L.A. mob boss Bugsy Siegal while ducking blows from his henchman, Chick Stampano, who, along with Glenna and the Keans, appears in those pics. While romancing Glenna and gaining heroic notoriety, Rick learns of Stampano's involvement in a variety of crime scenes and, after the violence notches up, the men square off in an exciting head-to-head climax. Woods's sturdy, self-assured crime thriller is satisfying enough to expand an already immense fan base. .