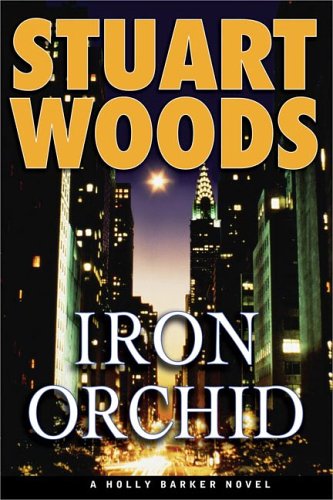 Having ditched her Orchid Beach, Fla., police chief post, returning supersleuth Holly Barker opts for a CIA career in Woods's by-the-numbers thriller, the fourth in the Barker series ( ). Barely through basic training at a highly regimented CIA "training farm," Barker's class is suddenly enlisted to track down calculating killer (and opera buff) Teddy Fay (first seen in Woods's ). An ex-CIA agent himself, Fay uses insider information to continue assassinating international political figures who also happen to be enemies of the U.S. Barker stakes out the Metropolitan Opera House, and narrowly misses Teddy in disguise in several contrived set pieces. The narrative accelerates from a somewhat sluggish first half when CIA operatives' solid deliberation moves Barker ever closer to nabbing the elusive Fay—who, by the way, lives mere blocks away from her. But Fay dupes the CIA again, with the help of a Santa Claus costume, and assassinates a Saudi prince before vanishing. Woods's latest lacks the urgent plotting and bracing thrills needed to make it truly memorable, and though Barker is a tough, formidable protagonist, the question remains why she, after absconding with over $5.5 million in untraceable drug money, bothers to clock in at all. Only Barker's dog, Daisy the Doberman, knows for sure.